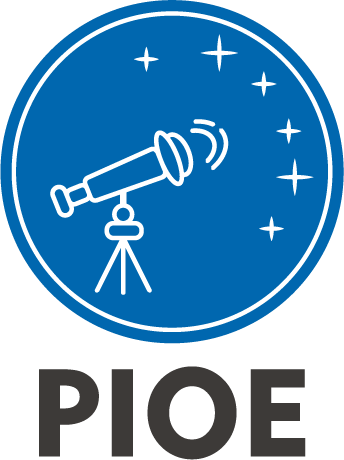 Aleksey I. Mis’kevich attended Moscow Engineering and Physics Institute (MEPhI), where he received his Ph.Doctor of Science degrees in Physics and Mathematics from MEPhI in 1968 and 1990 respectively. From1960 to 1972 he worked in the experimental group of nuclear reactor radiation shielding and carried out researches into neutron penetration in media and radiation damage in materials. Since 1969 he has worked in the field of direct nuclear pumped (DNP) gas lasers. On December 19,1979 he obtained  the first in the world DNP laser  visible range working on   green and blue  lines of  ion CdII under exciting of  3He-116Cd mixture by products of the 3He(n,p)3T nuclear reactions  and later -  the first DNP lasers on transitions Zn II (λ = 747.8 nm) and NeI (,λ = 585.2 nm, 724.5nm). Now his current area of researches  is quasi  CW short wave DNP-lasers including  excimer DNP   lasers  XeCl*, Xe2Cl*, KrF*, Kr2F* and others.

We report the first clear observation of super-radiance at 352 nm  on C-A transition of excimer molecule XeCl* excited solely by nuclear pumping. Ar-Xe-CCl4  gas mixture at a pressure of  760 Torr with a low concentration of CCl4 (0.15Torr) was excited by products of neutron nuclear reaction 235U(n,f). Super-radiance disappeared if the laser output mirror was replaced by a quartz window and had a very sharp increase and low neutron threshold when we used the tuning resonator  at 352 nm wavelength with  a 10.8 % reflection of output and a 62.1 % reflection of back spherical mirrors.

The spontaneous and induced emission of XeCl* and Xe2Cl* excimer molecules upon excitation of Xe – CCl4 and Ar – Xe – CCl4 gas mixtures with a low CCl4 content  by high-energy charged particles (a pulsed electron beam,Ee=200keV ; products of neutron nuclear reaction 235U(n, f) (Ef=87 MeV) and neutron reaction3He(n,p)3T (Ep=0.57MeV, ET=0.19 MeV) has been experimentally studied. Duration and amplitude current of electron pulse were 5 ns and 5 A, the duration of the neutron pump pulse was 0.24 ms, and the specific power contribution to the gas was about 240 W/ cm3. Electron beam pumping in a cell 4 cm long with a cavity having an output mirror transmittance of 2.7 % gives rise to lasing on the B - X transition in the XeCl* molecule ( λ = 308 nm) with a gain a = 0.0085 cm–1 and fluorescence efficiency 10 %. Pumping by fission fragments in a 250-cm-long cell with a cavity formed by a highly reflecting mirror and a quartz window implements amplified spontaneous emission (ASE) with an output power of 40 – 50 kW/sr–1 and a base ASE pulse duration of  ~ 0.2 ms.  Luminescence of dense Ar–Xe–CCl4 gas mixtures with a low CCl4 content upon pumping by fast electrons and uranium-235 fission fragments is studied by spectroscopic methods. It is found that, in a cell with a resonator tuned to the В–Х transition of the XeCl* molecule (λ = 308 nm), the D-state population of the XeCl* excimer molecule (the D–X transition, λ = 235 nm) depends on the B-state population and increases by many times with increasing B-state population of the XeCl* molecule. The stimulated absorption coefficient k = 1.2 × 10–16 of В–Х transition emission of the XeCl* molecule (λ = 308 nm), which leads to population of the D-state of this molecule and decrease amplification for light emission B-X transition. The coefficient of amplification (μ= 2.5 × 10-4 cm-1 ) of В–Х transition emission of the XeCl* molecule (λ= 308 nm) was measured upon pumping by uranium- 235 fission fragments with the specific energy input into the gas medium of ~60 mJ/cm3 and a specific power 240W/cm3.